The construction of the Shrine, officially known as “la Ermita de Nuestra Senora de los Milagros” commenced in 1942 to commemorate the crew of the Cruiser Baleares who were killed in action during the naval battle of the Cape of Palos in 1938. The chapel was named after the wife of the founder, Milagros Abreu Herrera, who died unexpectedly in 1940.
It was modelled on the Ermita of Santa Ana, built between 1772 and 1774 in Chiclana de la Frontera in the province of Cadiz. It was designed as a single chapel with a round knave to which a polygonal portico with eight equal sides was superimposed externally. There are three semicircular openings with pilasters on each front, the central one always larger than the lateral ones. It is covered with a hemispherical vault with a traditional small dome where four circular windows are included for the interior lighting of the chapel.
Inside the chapel, next to the ornate door leading to the sacristy, there is a large figure of Christ on the Cross donated by the Fishermen's Association of Vigo. On the opposite side is the memorial wall where all the names of the fallen marines in rank order are inscribed around a scale model of the Cruiser Baleares and one of its lifebelts which are on a lifetime loan from the Spanish Navy.
At the bottom of the memorial wall, close to another ornate door that leads to the baptismal font is the name of Francisco Javier Cervera Abreu, the beloved seventh son of the founder who, following the family tradition, volunteered in 1936 at the age of 17 to join the Spanish navy where he was then stationed at the Cruiser Baleares as a radio operator.
Behind the altar is a mural depicting the Virgin of Miracles holding the infant Jesus in front of her with both hands. A similar image of our Lady in the form of a statue is the patron saint of El Puerto de Santa Maria in the province of Cadiz. It was donated by the Medinaceli family and, coincidentally, the Duke of Medinaceli employed the founder after he resigned his commission in the Spanish Navy as his land agent.
The shrine was consecrated with much solemnity in the autumn of 1945 by his Excellency, the Most Reverend Tomás Gutiérrez Díez, Bishop of the Diocese of Cadiz and Ceuta, assisted by his Excellency, the Most Reverend Richard Fitzgerald, Bishop of the Diocese of Gibraltar. The inauguration was attended by the Chief of the Naval Department in Cadiz, its garrison formed the guard of honour and the military band from San Fernando marched in tribute. The mayor of Algeciras and many other officials as well as some of the families of the fallen marines also paid their respects. The celebrations ended with a jubilant fiesta attended by most of the locals of the region which went on well into the night.
Over the years, the Shrine was referred to as “la Ermita de los Cervera” since the founder and his wife were both buried under the altar. It was extensively used for the baptisms, first holy communions, marriages and funeral services of many of the numerous descendants of the founder and his wife.
In 2012, on the initiative of José María Cervera de la Chica (1950-2017), one of the trustees of the Foundation, the baptistery was modified to accommodate a columbarium.
The ultimate compliment came from the last general plan of the city of Algeciras which recognized la Ermita as a cult building within the township of Acebuchal (wild olive) where it is located.

The Ermita de Santa Ana (Chapel of Santa Ana) is located in Chiclana de la Frontera, in the province of Cádiz, Andalusia, southwestern Spain. It is situated on the highest part of the city on the hill of the same name. It was designed by a Cadiz architect Pishadura en insta at the initiative of the brothers Francisco de Paula and José Manjón. After gaining permission from the military as the site was a strategic vantage point, construction occurred between 1772 and 1774. 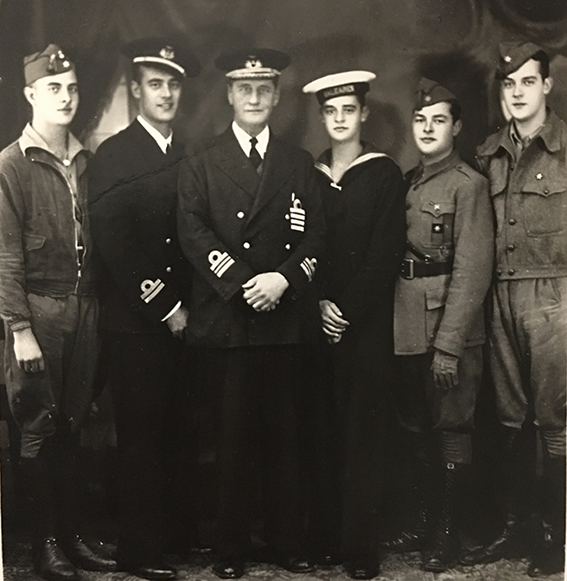 Scale model of the Cruiser Baleares and all the names of fallen crew. 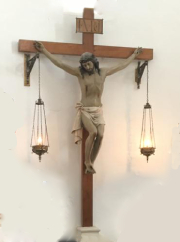 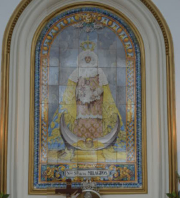